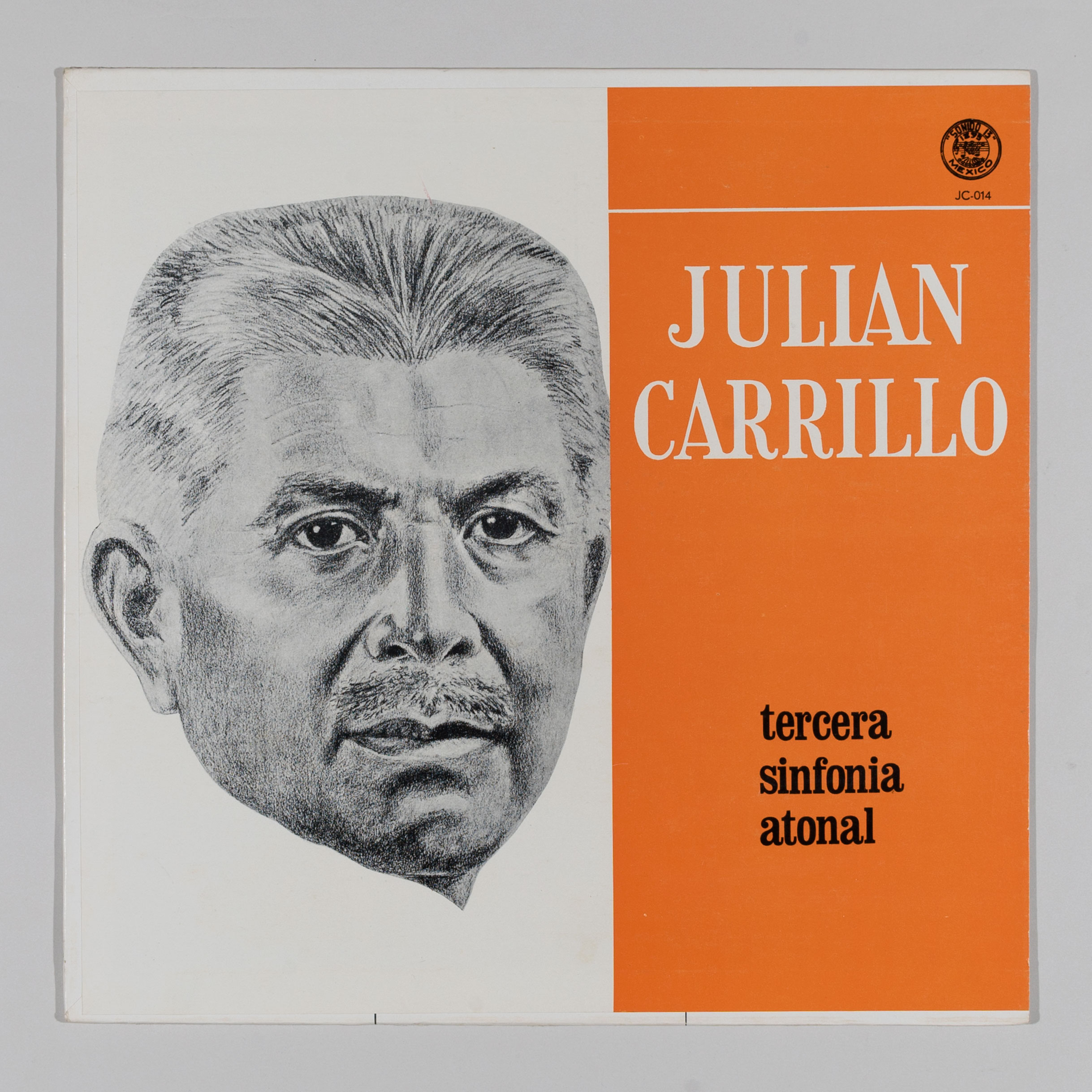 ATONALITY is defined in simple words as any scale that departs from the traditional Major and Minor “modes” on which music was based until recent times.

Julián Carrillo’s atonality is different from the modalities that derive from the ideas of Arnold Schoenberg; his works are written in one of the new scales proposed by him in his book: “Infinity in scales and chords”.

This Third Symphony, without being properly descriptive, nevertheless bears clearly defined characters in the title of its movements:

Louis de Froment is a distinguished French conductor, head of the Orchestras of the Duchy of Luxembourg and the Principality of Monaco. He has international fame for the numerous recordings of him. 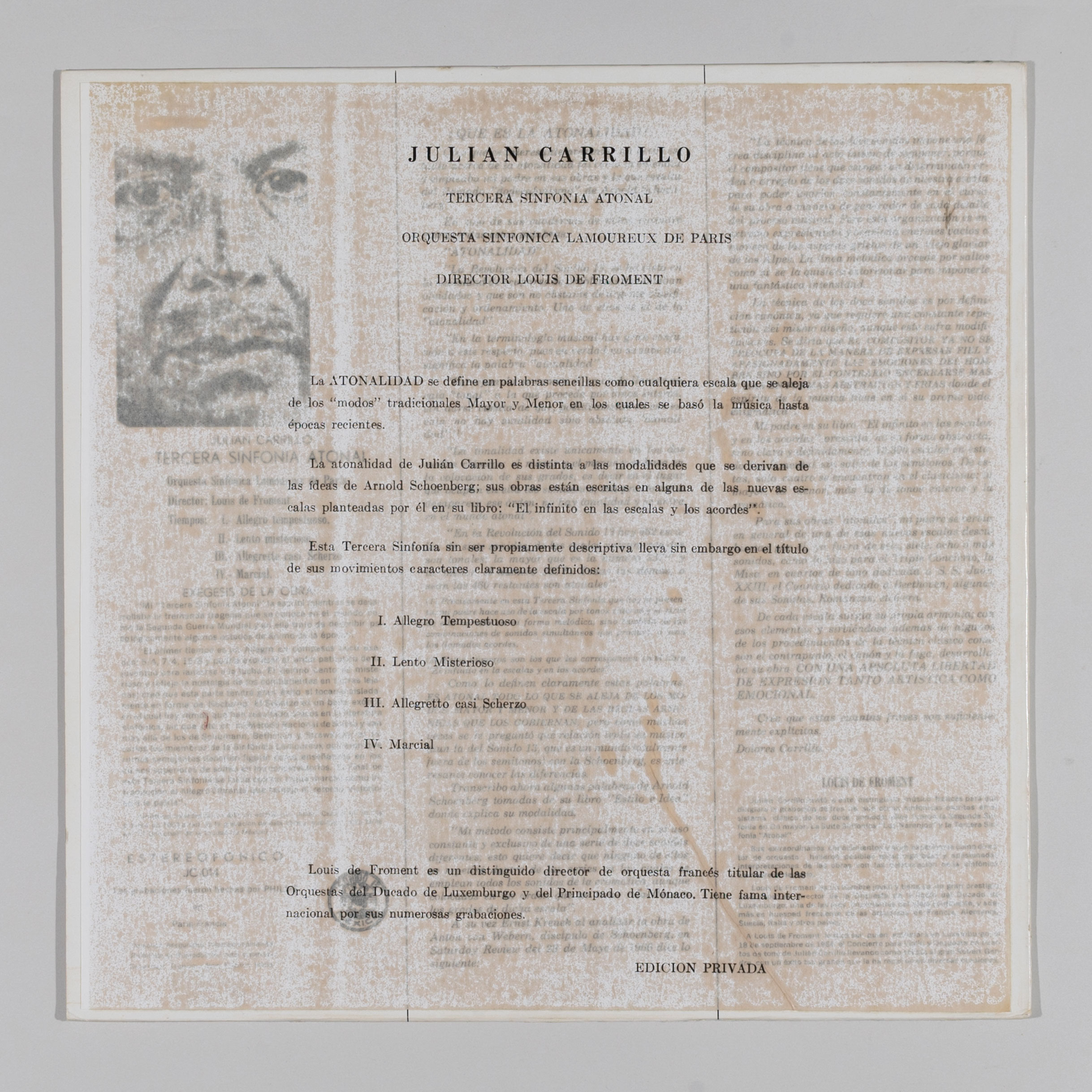 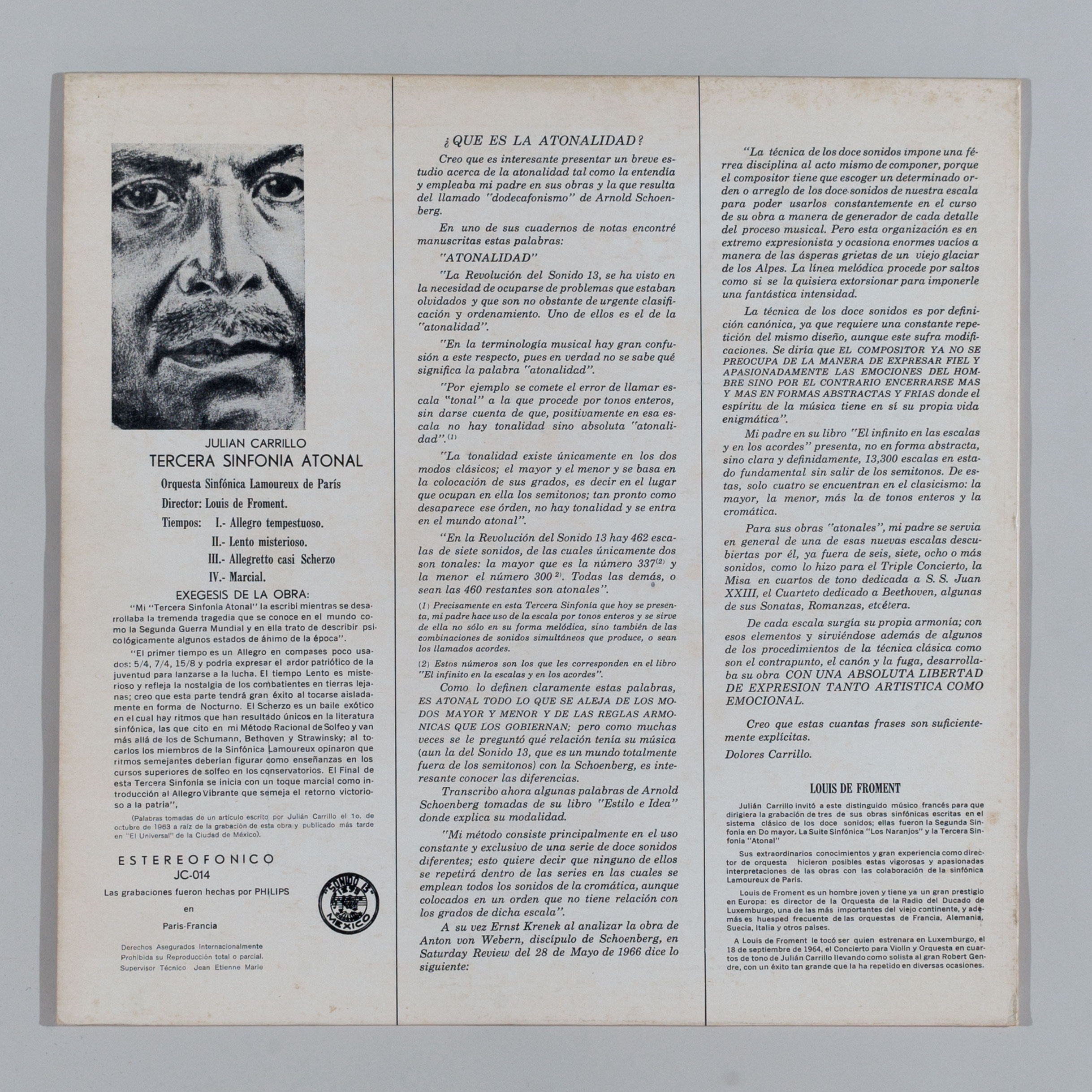 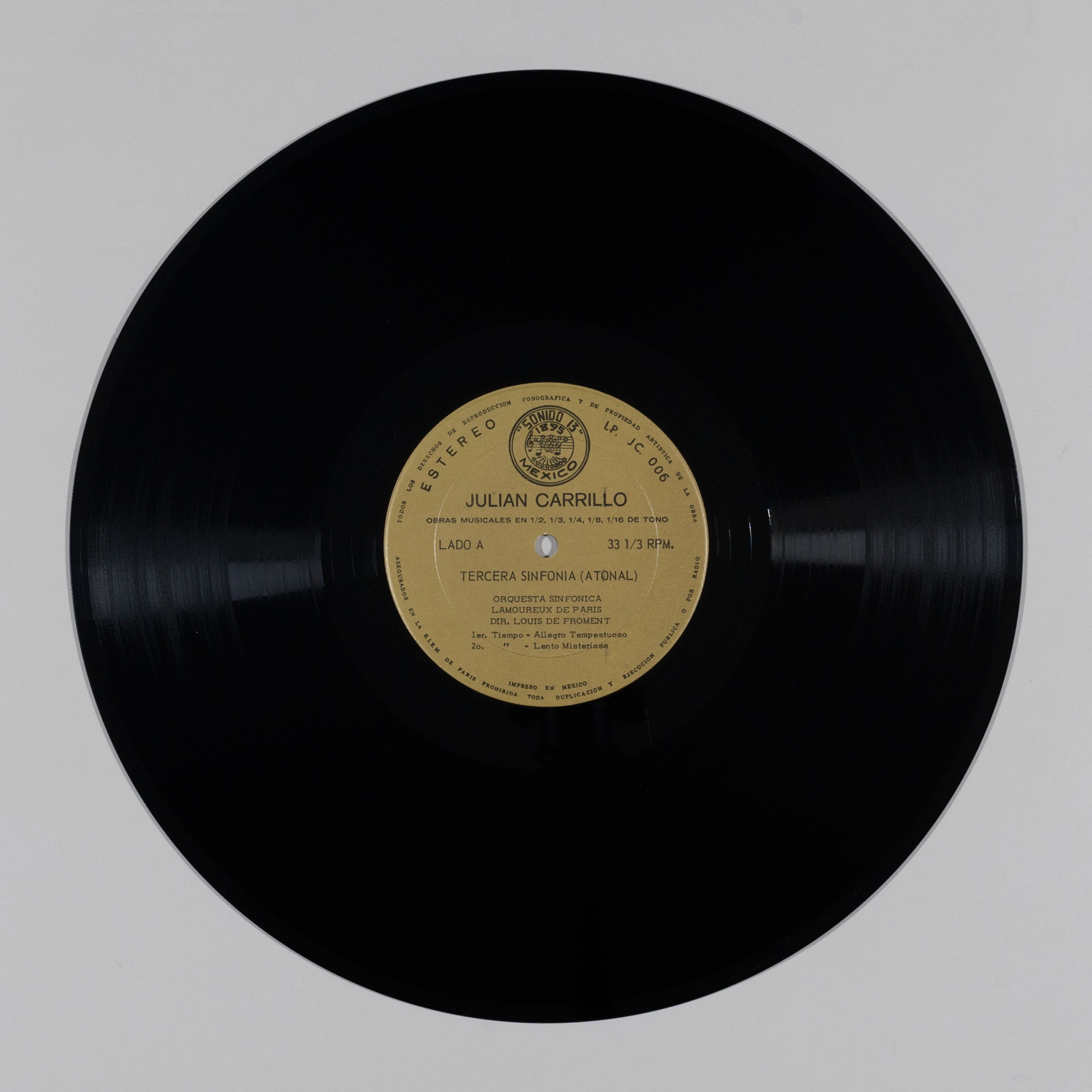 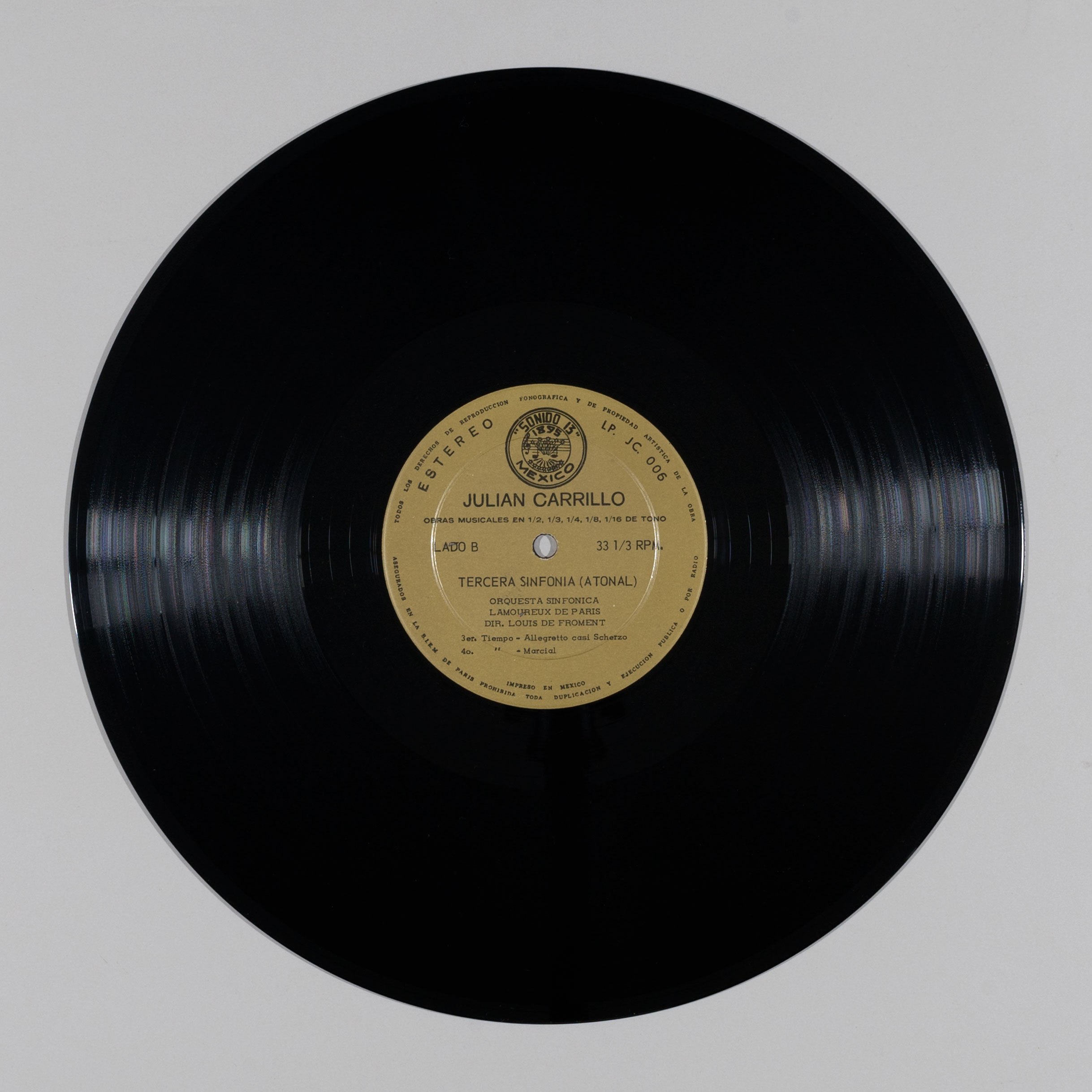 This CD is not found in MUSIC WORKS BY JULIAN CARRILLO.