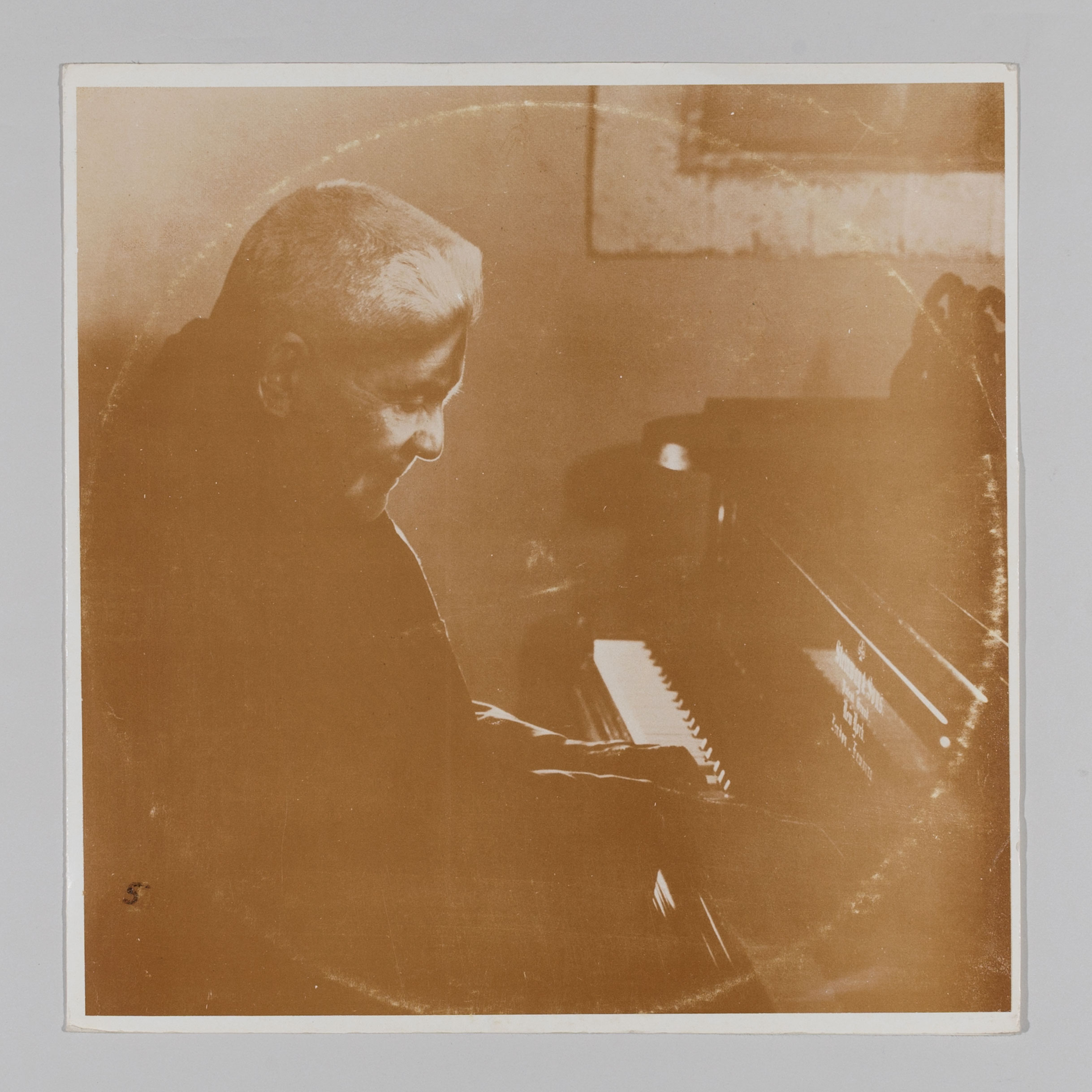 “During the International Music Congress in Rome in 1911, Julián Carrillo presented a thesis that was unanimously approved, expounding his point of view about the necessary reform of the classical forms of the Quartet, the Symphony, the Sonata and the Concert, with the purpose of seeking a maximum of IDEOLOGICAL UNITY and at the same time achieving a balanced polyphony in the different movements.

This thesis is perfectly illustrated in the Quartet in E flat, in whose opening theme it is developed in four times, following the laws of the strictest counterpoint and achieving a magnificent result”. Jean Etienne Marie. France.

“The Quartet in E flat, by Julián Carrillo, deserves a special comment. It is a magnificently developed work in four times. The first movement, in Sonata form, contains an overflowing joy that contrasts with the somewhat peasant sweetness of the second theme The solemn majesty of the introductory theme suggests the Gothic cathedrals, but not in the medieval warhead, but in that horizon that the saint called: supreme spiritual joy The Allegretto draws a diagonal series in the arcades that merges into a sonorous warp that would have astonished Stamitz. The Scherzo, ternary and lively, contains the youthful passion of the composer, which he preserves to this day, from his stately mansion in San Ángel. And finally, the Allegro con Fuoco, is a true lesson in counterpoint that the revolutionary teacher leaves the youth of today, who lose their concerns in meaningless essays”. Ricardo Mungarro in La Prensa. Mexico.

“A positive revelation was listening to the Quartet in E flat by Julián Carrillo, written in Brussels when he was 28 years old.

It is a work of monumental conception in its contrapuntal treatment and in sonorities that reach the borders of atonality.

The seriousness and depth of his work is demonstrated by his absolute mastery of classical forms and traditional composition. The term “traditional” is very relative in Carrillo’s Art; which is beyond what we can imagine, is demonstrated by the fact that, having composed this work in 1903, he later abandoned all traditional systems and launched himself fully into the investigation of tone fractions, abandoned whole and semitones to live within a sound universe to which Western culture will one day have to address. It was inevitable that he would be left absolutely alone, that he would be treated like a madman and war would be declared on him… But this between us is a privilege” Mario Beauregard. “México en la Cultura.” Novedades, México 1965. 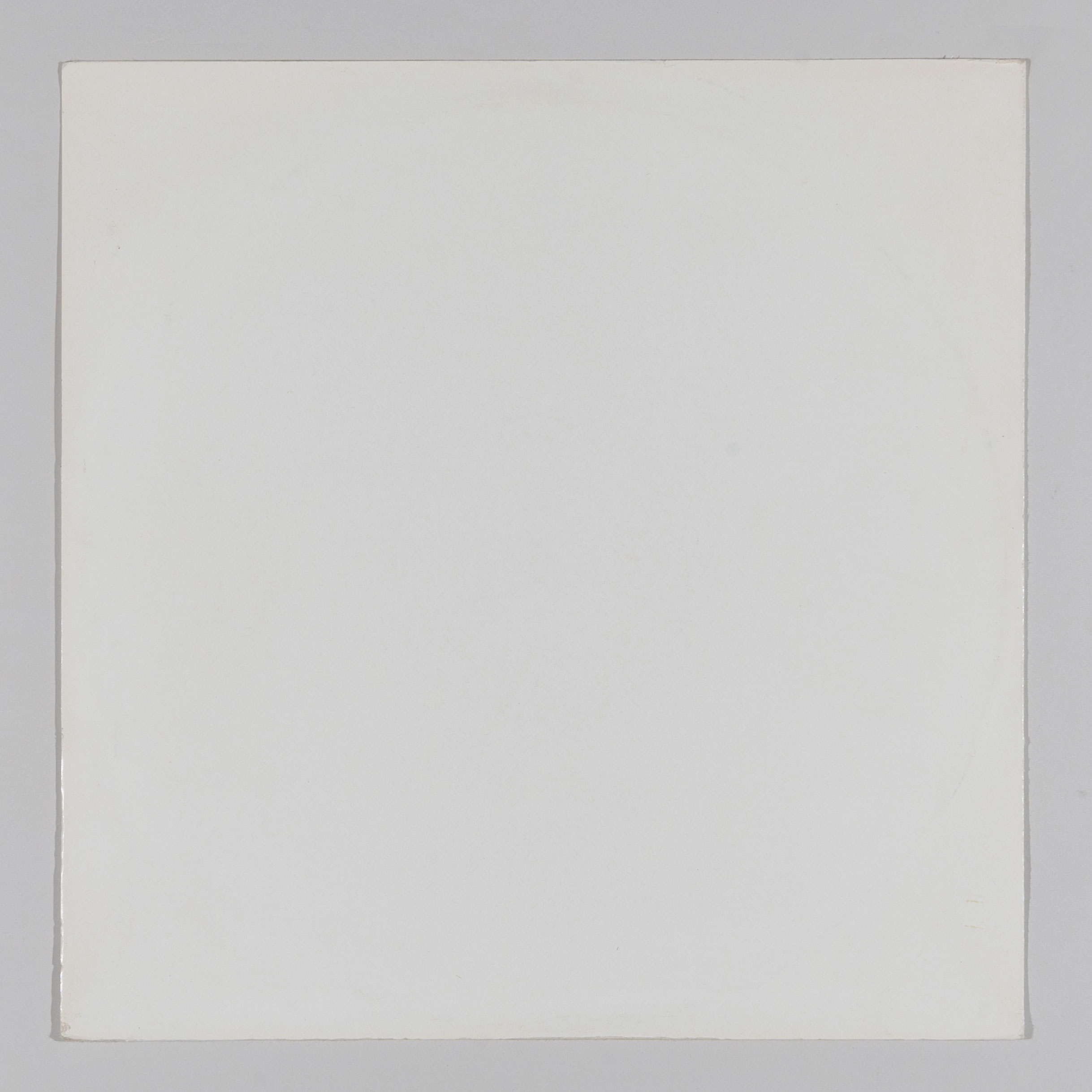 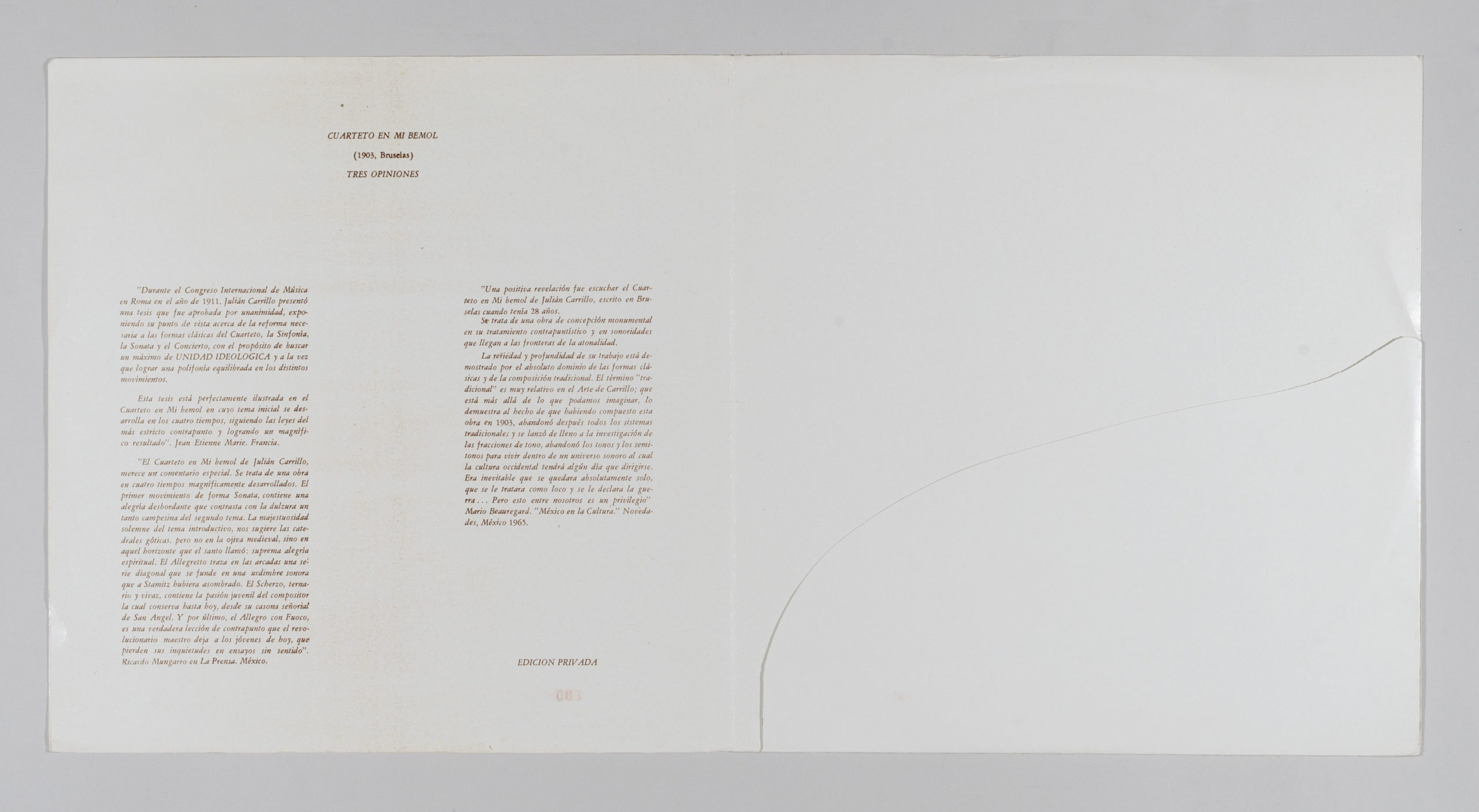 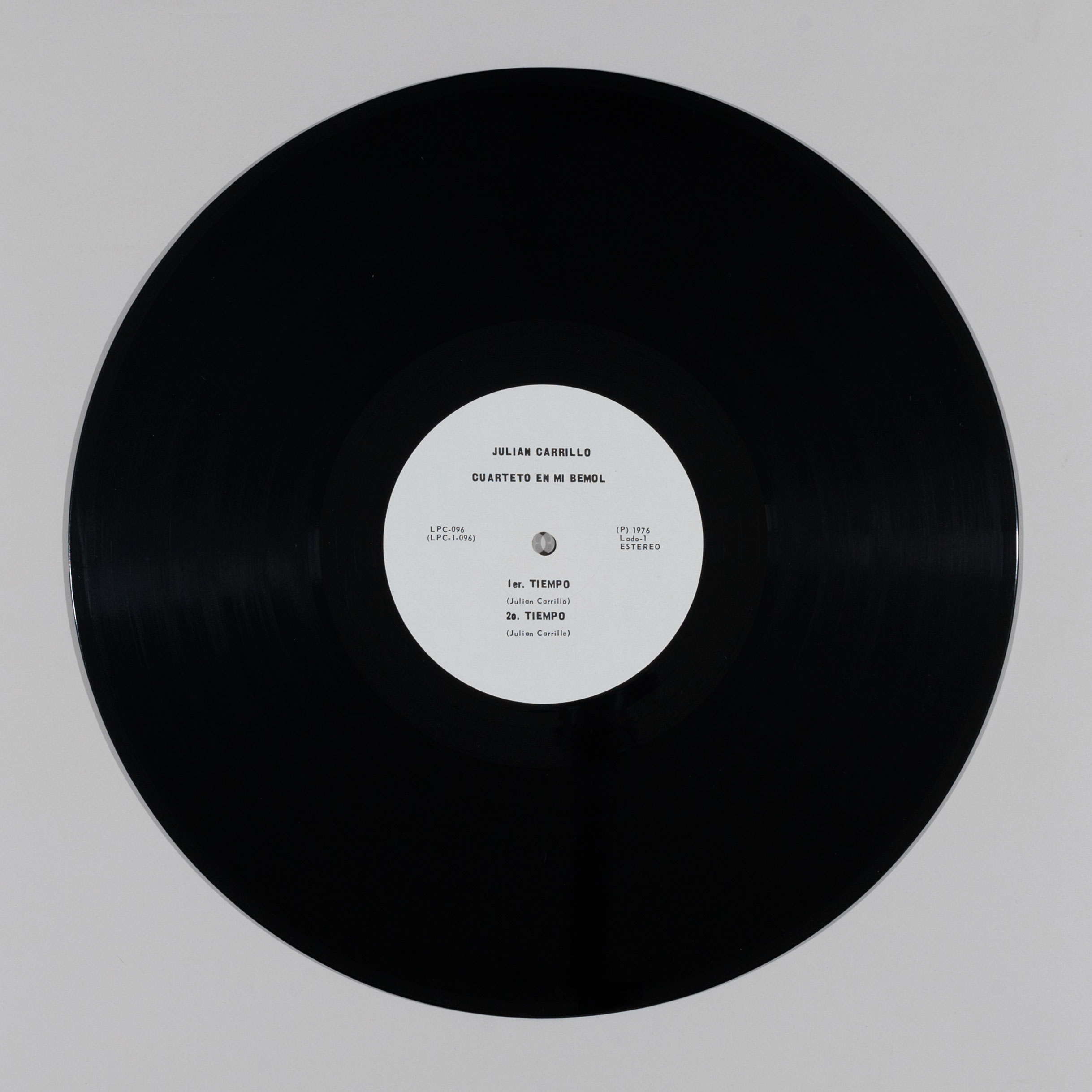 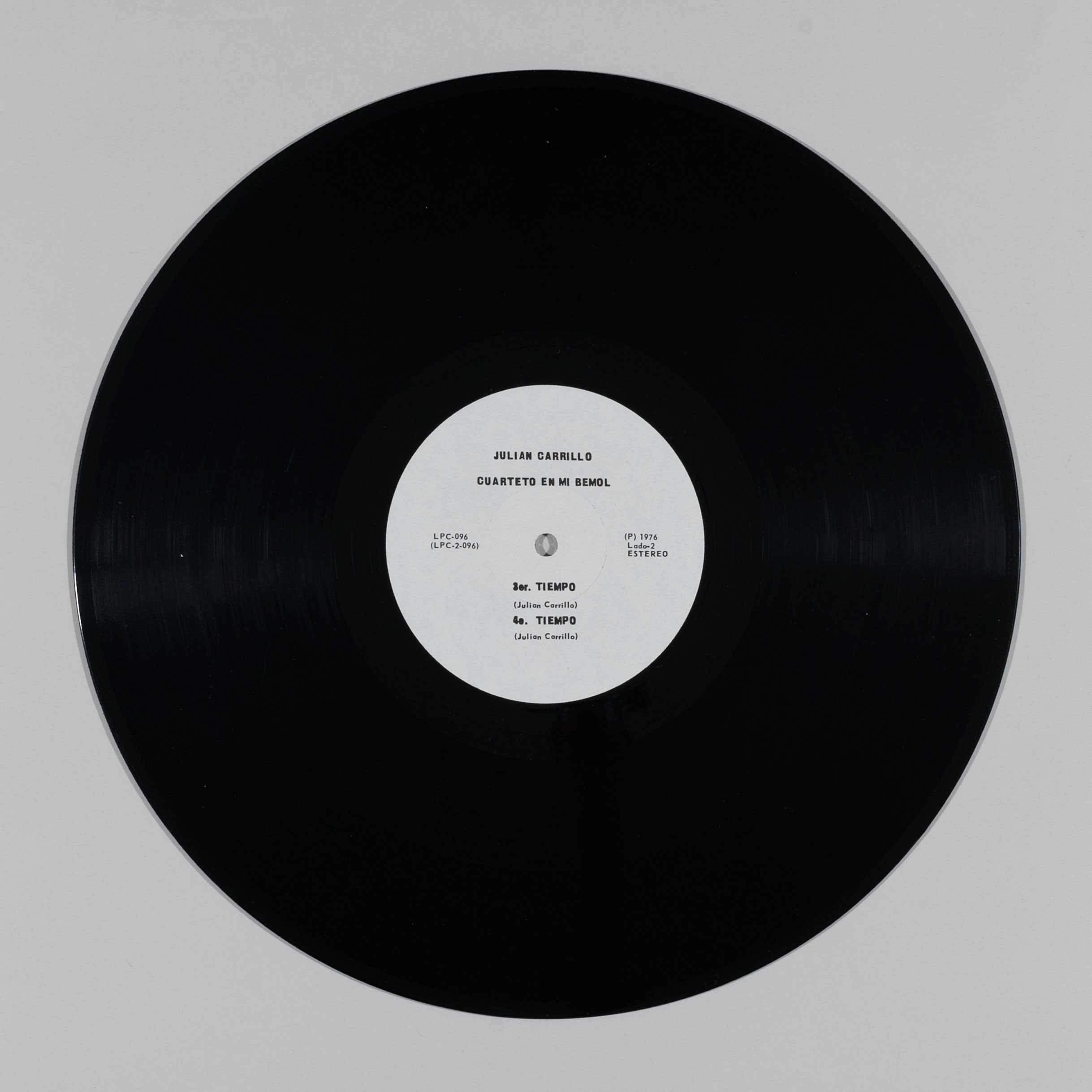