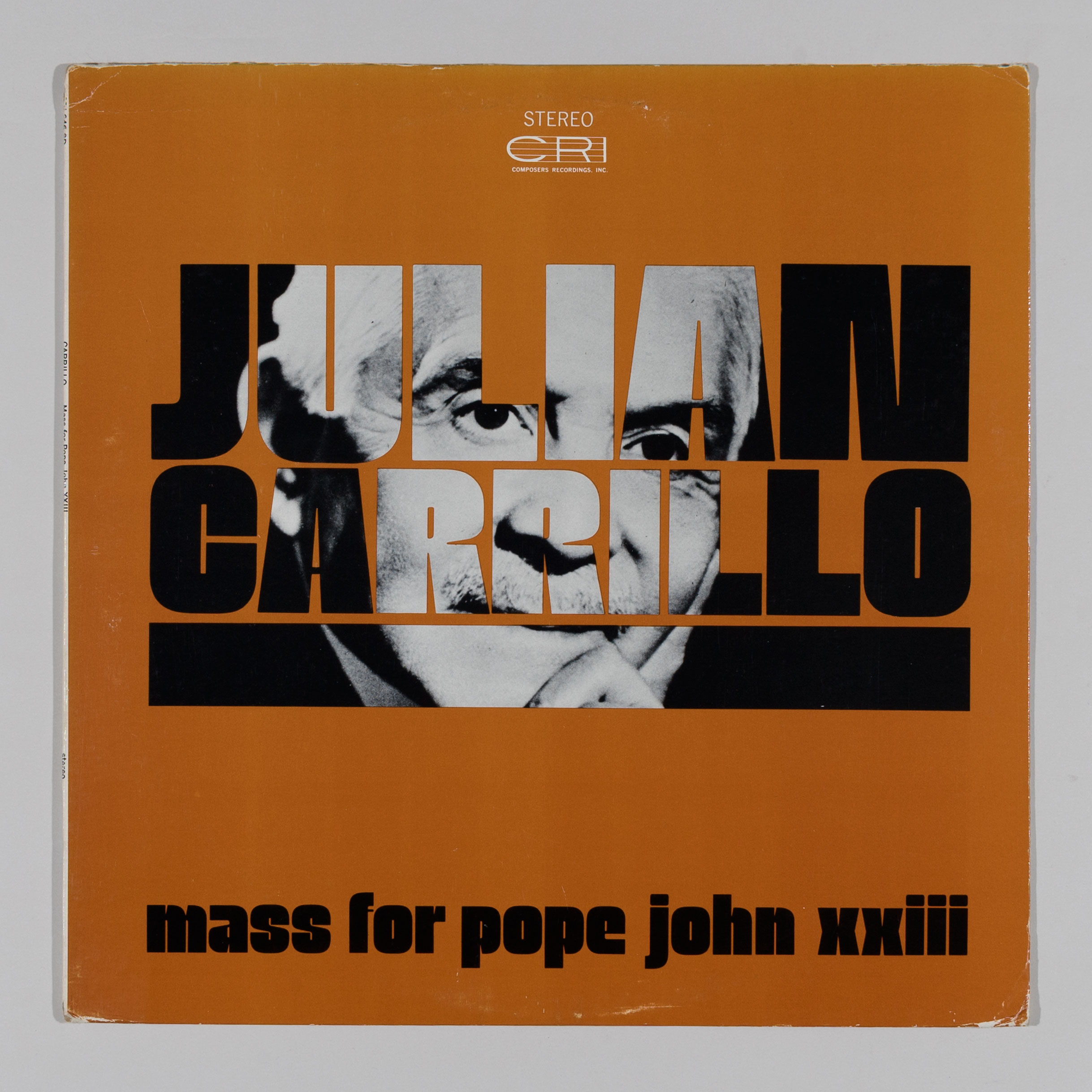 JULIAN CARRILLO was one of the originators of microtonal music as it is known in the western world-others were Busoni, Hába, and Vischnegradsky. Carrillo began his microtonal experiments as a student of acoustics at Mexico’s National Conservatory in 1895; he called his results by a generic name, el sonido trece (the thirteenth sound), by which he meant the moment the traditional twelve tone scale was “broken” not only by quarter-tones, but by all other intervals smaller than a semitone.

While Carillo’s historical reputation is almost entirely concerned with his compositions and theories in micro tones, this music filled his mind only during the last one-third of his life. Earlier, he was known as a violinist of exceptional ability, a gifted conductor and orchestra builder, and a patriotic composer.

According to the Mexican aesthetics prevalent during Carrillo’s early years, originality in composition was not a sought after quality, and so Carrillo’s early symphonies, concertos, and other works brought honor to his nation precisely because they sounded so much like the classical model, which, for him, happened to be Brahms: later, Nationalism in Mexican music, as that of other nations, was promoted by the use of folk song material, and Carrillo was criticized for not participating in that game.

After initial studies in Mexico, Carrillo was sent by his government to study at the Royal Conservatory in Leipzig, where he went on to win such international acclaim that he was appointed director of Mexico’s National Conservatory: He remained in that post until the revolution reached Mexico City in 1915, when he left for three years in New York. There he organized an orchestra devoted to playing neglected compositions and won a considerable following.

In 1922, back in favor in Mexico, Carrillo composed his first works in el sonido trece, among them the eloquent PRELUDE FOR COLUMBUS (Preludio a Colón). During this period, his music was taken up and per formed by Leopold Stokowski and the Philadelphia Orchestra. The theory of micro tones had been evolving in his mind for many years, and he wrote many technical treatises to define and perfect it. In addition to the problems of conceiving a kind of music with no direct antecedents, there were two basic technical matters to be dealt with: the creation of instruments that could produce fractional intervals and a notation that could be relied upon to yield the same sounds in every performance. As Leopold Stokowski wrote: “a new system of notation was necessary to write it… Thus, he has invented… a notation simple, brief, and of mathematical precision.”

The notation he evolved was, in effect, a clarification of the 5-line staff system, which is inadequate even for conventional music. The instruments created for Carrillo’s music included pianos capable of playing intervals as small as 1/16th of a tone or 96 tones per octave (1/16 x 6 whole tones = 96). While these instruments remain in the realm of curiosities, the subtleties of pitch introduced by microtonal music have entered into the vocabulary of much of today’s advanced composition, including electronic music. (For an example of microtonal music for conventional instruments, hear Ezra Sims’ THIRD QUARTET on CRI 223.)

The MASS FOR POPE JOHN XXIII was composed during the final period of Carrillo’s life, when he was known and even revered throughout the western world. Carrillo enabled the whole orchestra to play his music by composing in a neo-baroque concerto-grosso format, where-by the “classically” tuned orchestra represented the ripieno and the new sonido trece was used by the smaller concertino group. The MASS was his penultimate work, composed when he was in full command of his expanded musical resources. It is regarded as his most important and successful composition. It has been suggested (Gerald R. Benjamin, “Julián Carrillo and Sonido Trece,” Inter-American Institute for Musical Research Yearbook, III, 1967) that its restriction to just two classes of small intervals—quarter and semitones—is the result of an effort to express more cogently a very pious and hallowed text. The music is sung with remarkable precision and flexibility by a group of male voices. It was recorded in Paris under the supervision of the composer himself. 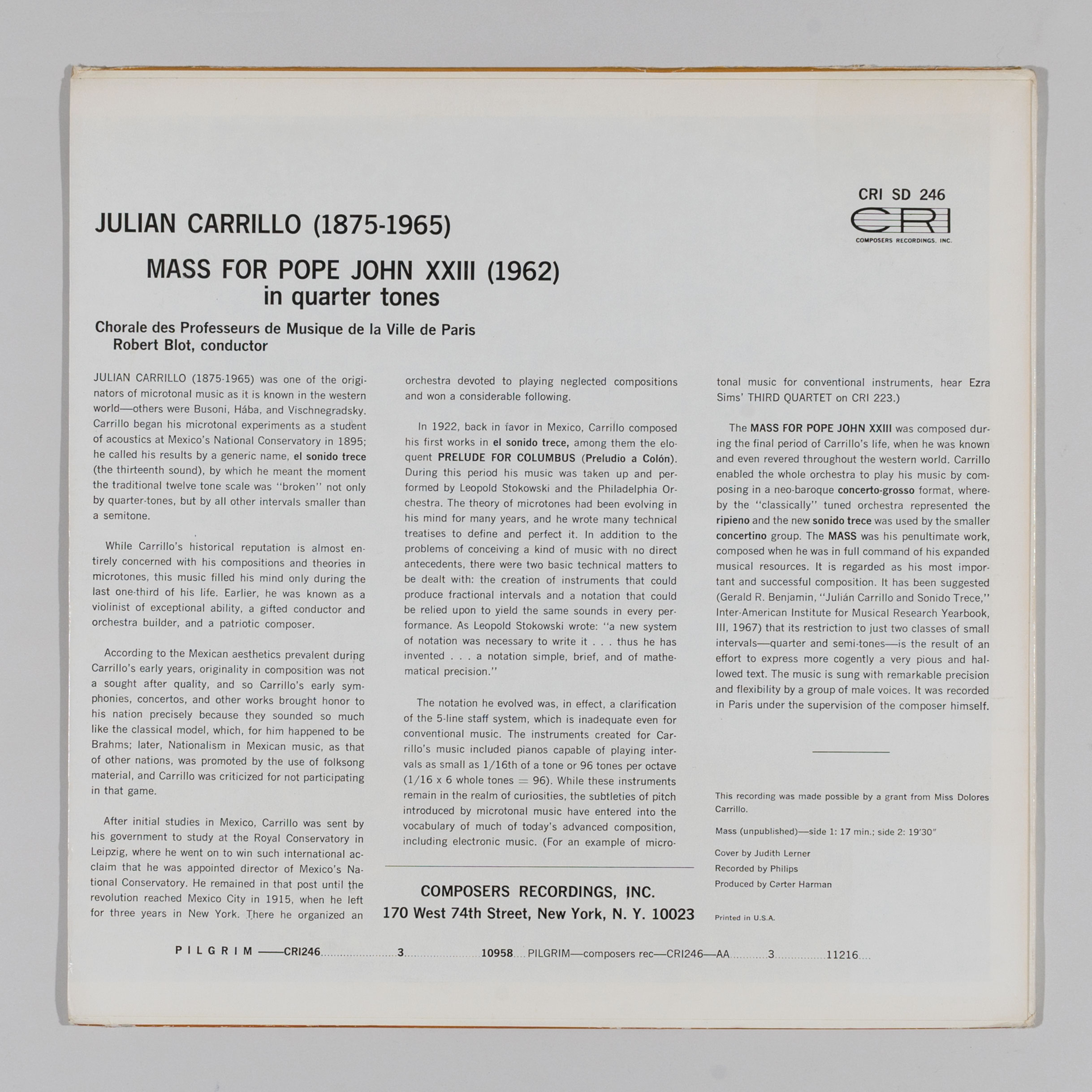 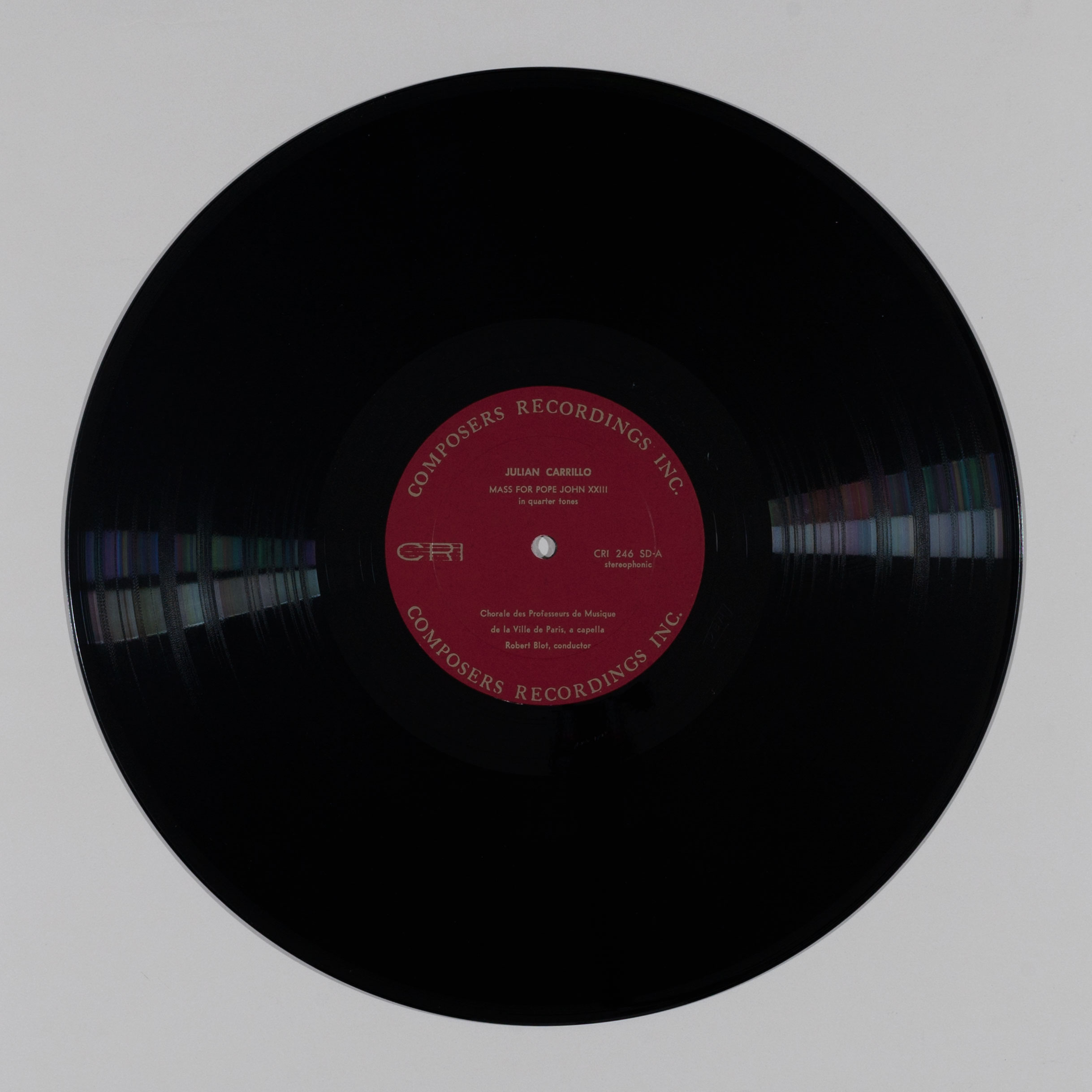 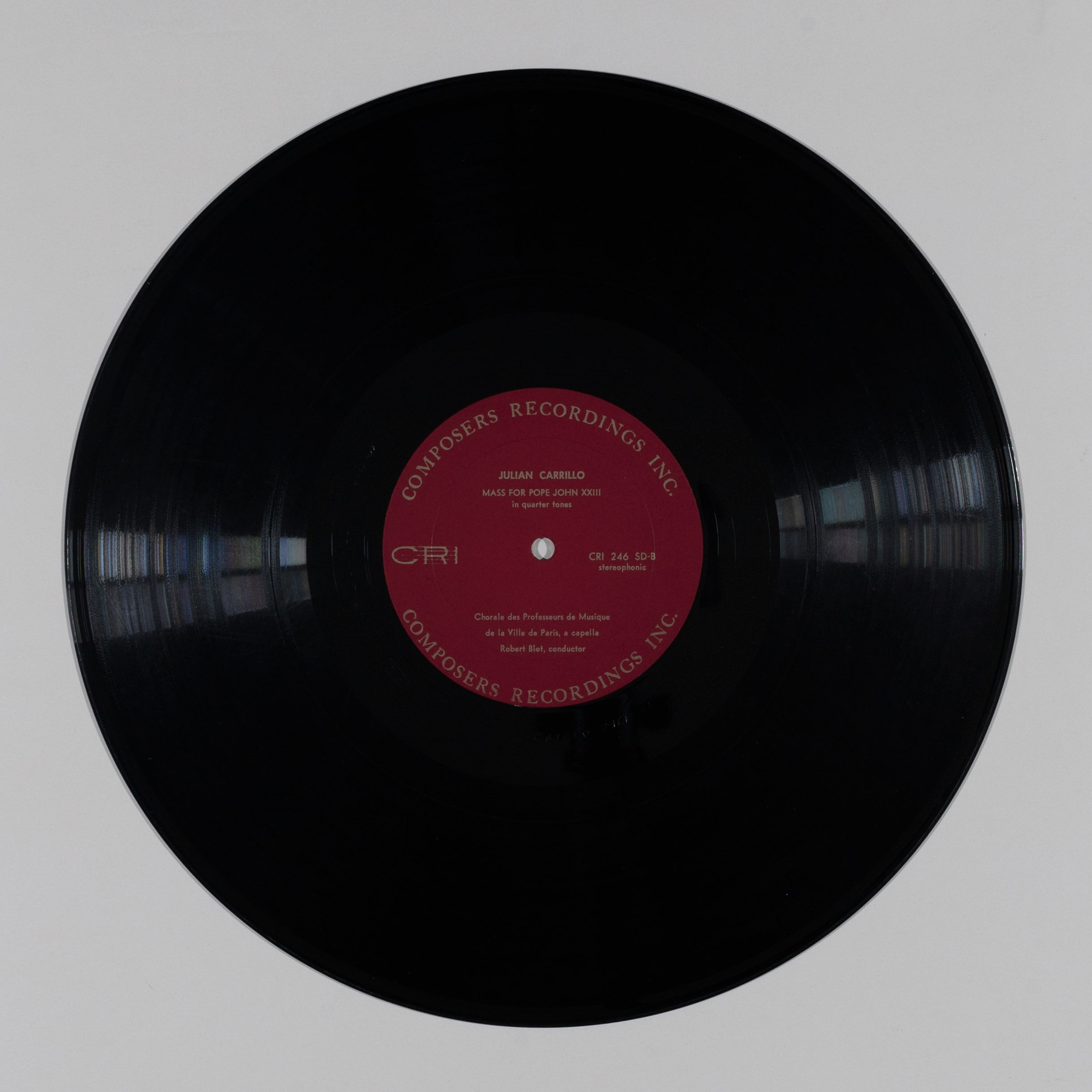 Information on the cookie in French and on the cover in English.