FIRST CONCERT IN QUARTER TONE FOR VIOLIN AND ORCHESTRA (REISSUE) 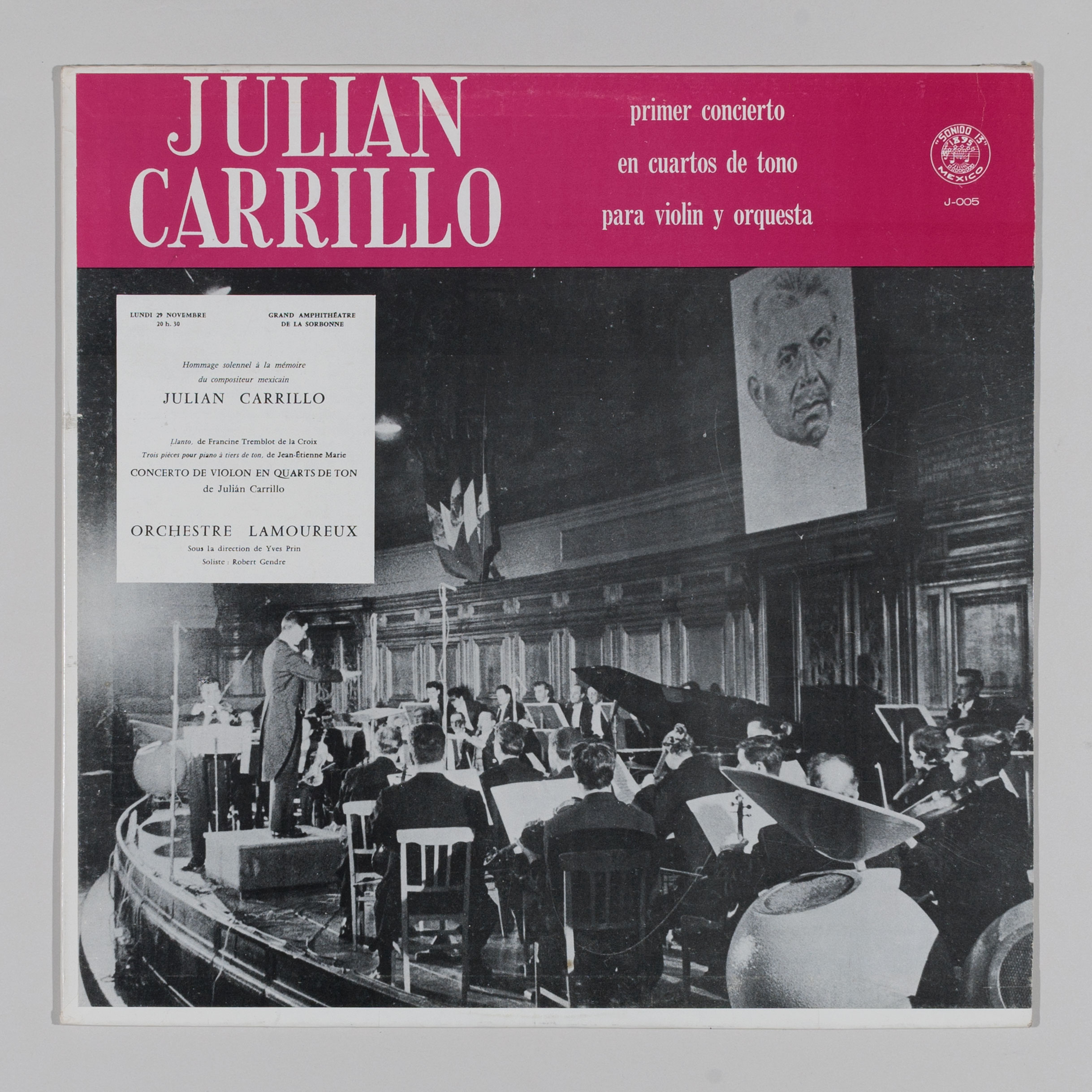 Soloist: ROBERT GENDRE
with the accompaniment of the LAMOUREUX SYMPHONIC ORCHESTRA OF PARIS under the direction of the author.

This Concert by Julián Carrillo is unique in the world and is of capital interest in the entire history of music, because it was in it, where, for the first time, European orchestras played quarter tones in their entire section of string instruments and bow.

Indeed, there have been two of these great ensembles: first, the Lamoureux Symphony of Paris, when recording the work in 1963; and the second, the orchestra of the Grand Duchy of Luxembourg when it premiered before the public on September 19, 1964.

Always acting as soloist Robert Gendre, the concert was repeated in Luxembourg on March 8, 1965; and on the 28th of the same month and year, it was played for the first time in Paris at the Sala Pleyel, with such resounding success that the enthusiastic public repeatedly called the soloist on stage.

As a curious anecdote, we will mention the fact that arrived in Mexico that the public said: “Surely the composer of this work must be a boy in his twenties because of the daring and innovative combinations he used…” And that young man I was ninety years old…

Julián Carrillo has finished a second violin concerto in quarter tones, not yet recorded.

“Julián Carrillo, BEFORE ANY OTHER WESTERN MUSICIAN THOUGHT ABOUT IT, divided in 1895, the musical tone into sixteen parts; also solving all the inherent problems to carry out this new musical vocabulary. Consequently, Carrillo is a FULL PRECURSOR OF IMAGINATION AND AUDACITY, A PROPHET, A VISIONARY, in short, an infinitely attractive man.

He is also a prolific composer, whose quarter-tone violin concerto, recently written at the age of eighty-nine, presents us with Lamoureux Concertos.

This extraordinarily written and extraordinarily played score also by Robert Gendre, is that of an authentic and sincere musician and is worthy of being better known in France, since Julián Carrillo is a researcher who deserves all the interest, esteem and encouragement”.

In turn, Jean Etienne Marie, Director of Sound Research for French Radio Television, wrote the following exegesis of the work in the Lamoureux Concert programs:

“Fifteen years ago we highlighted the relevance of Julián Carrillo’s work, which provides a complement to avant-garde music that it sorely lacked: the wonderful world “that is beyond semitones” and that some musicians had attempted and later renouncing it due to the lack of instruments, devoting himself to electronic music… But with this Western music suffered a rupture between instrumental music, prisoner of the twelve semitones, and the so-called “concrete” or electronic music that allowed sound exploration… but when Julián Carrillo invented a new musical writing and built new instruments, thanks to which the notion of “temperament” can be generalized to any type of scale, be it thirds, fourths, fifths, etc. up to sixteenths of a tone, Carrillo offers us the means to unite instrumental music with experimental music”.

ROBERT GENDRE was a disciple of the Spanish violinist Luis Pichot. In 1944, after a brilliant competition, he was appointed soloist with the CONCERTS LAMOUREUX and the Orchestra of the Casino de Vichy. He was also a laureate at the “Long-Thibaud” International Competition in 1951.

Since then he has toured extensively in France, Germany, Italy, England, Spain, Portugal, South Africa and has also played for the “Juventudes Musicales”.

He is soloist of the French Radio-Television. He has made many recordings with “I’Ensemble Baroque de Paris” and with the Chamber Orchestras of Oubradous and Louis de Froment.

Many times he has participated in the Festivals of Aix-en Provence, Strasbourg, Menton, Divonne, Besançon, etc. 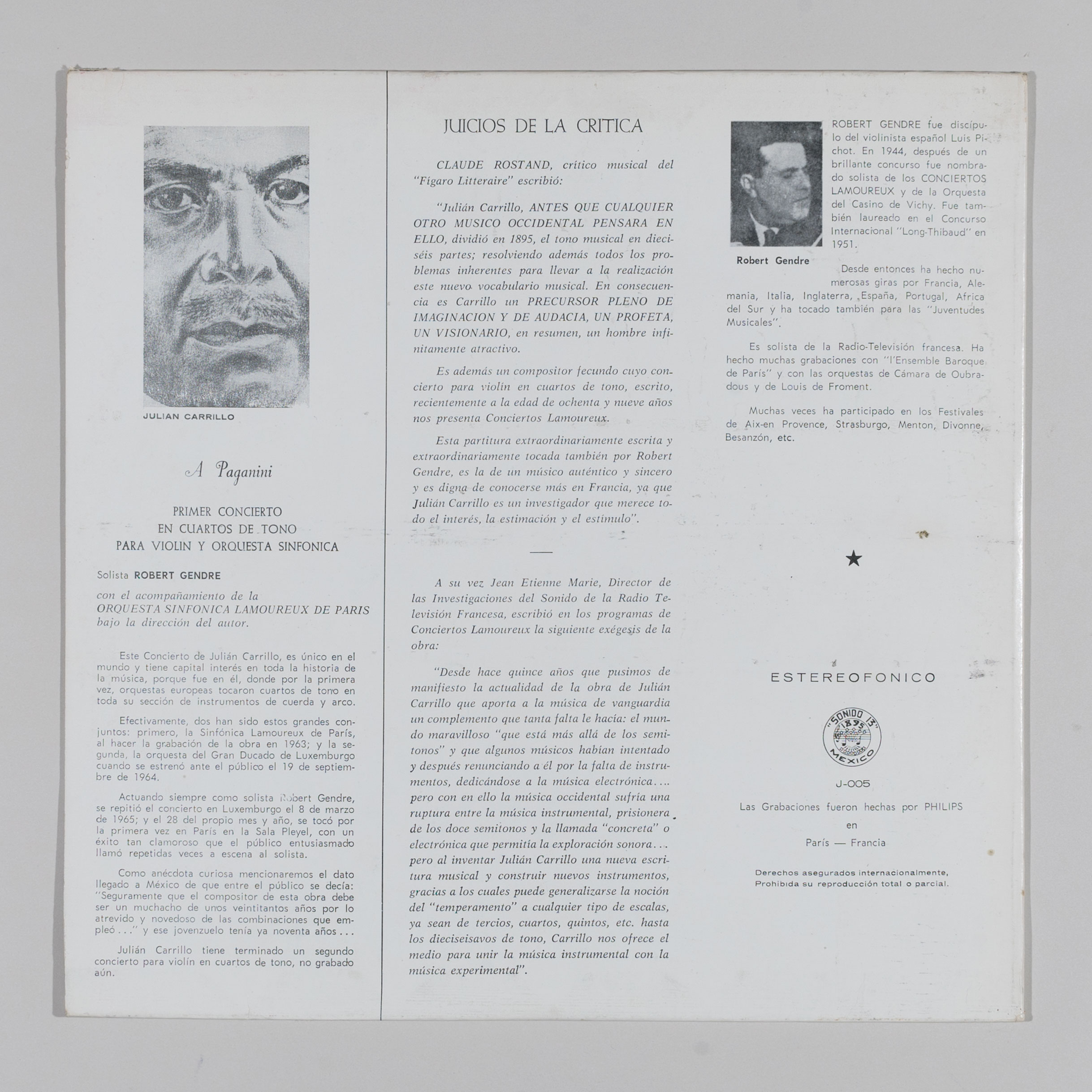 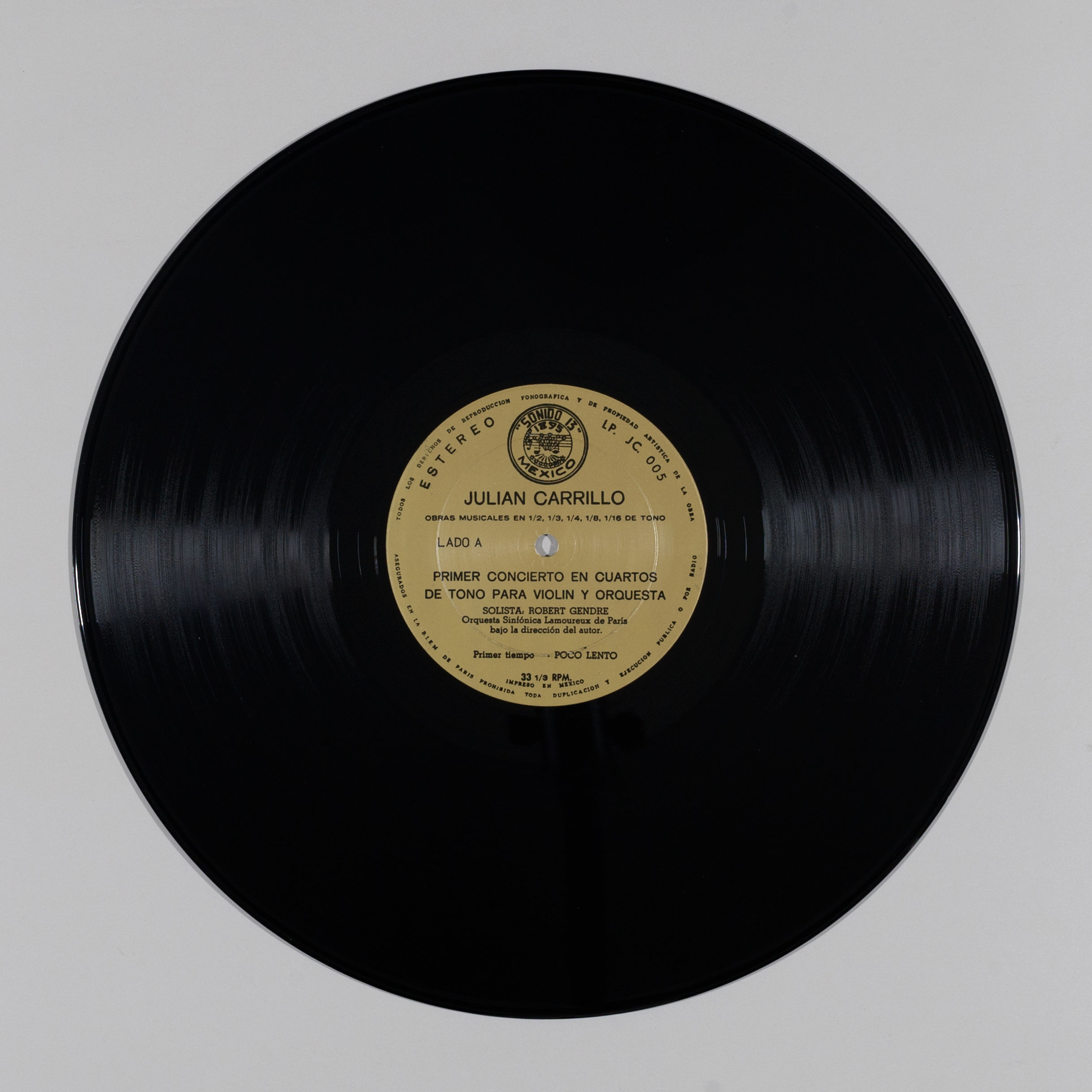 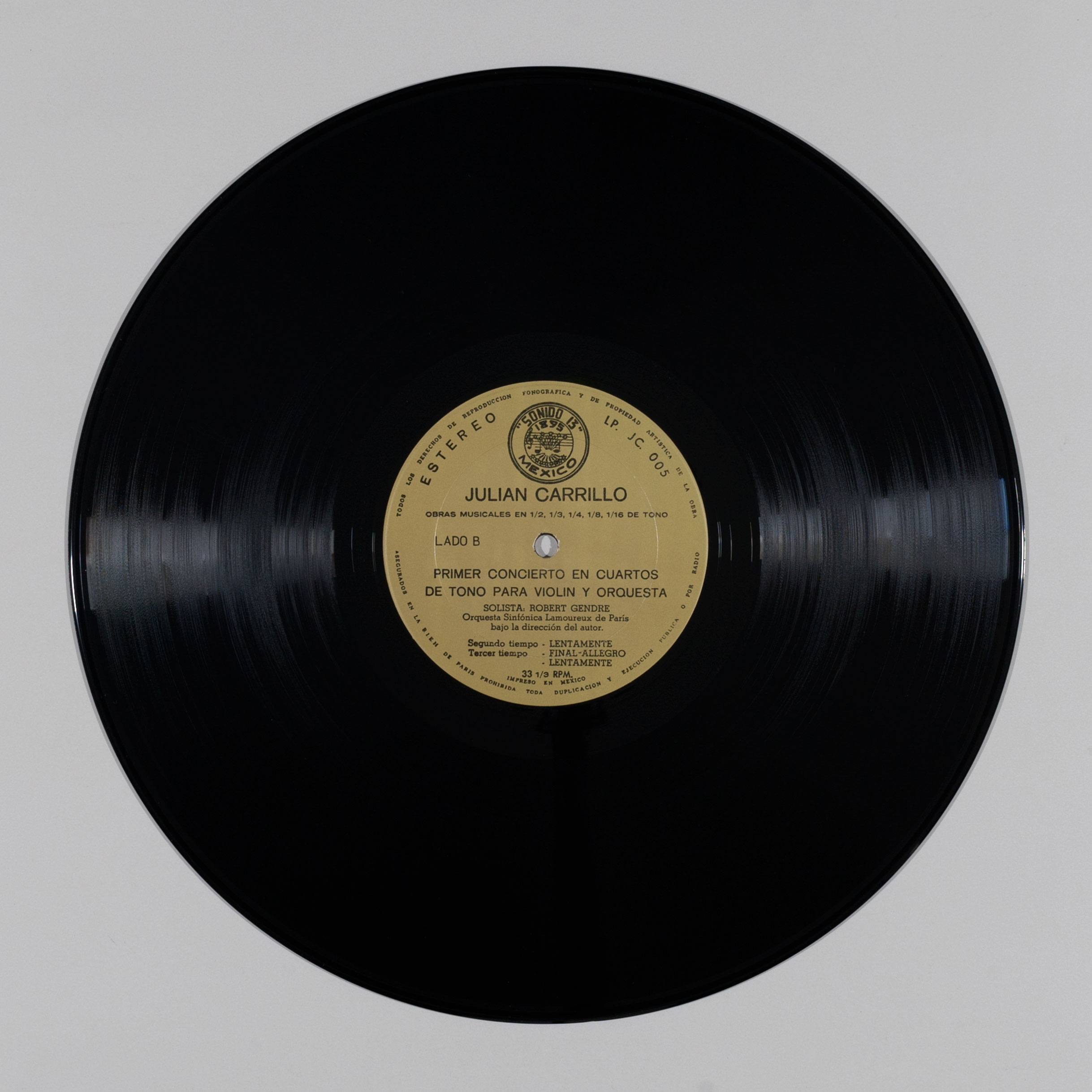 THIS DISC IS NOT IN THE MUSIC WORKS BOX.