PAX Recordings presents on this album a most significant contribution to the world’s musical culture. To understand the importance of this happening, it will be sufficient to take a brief look at the history of music.

4600 years ago in China the musical scale was formed by only five sounds. It is still in use and is known as the “Pentaphonic Scale”. About 600 B. C. in Greece, Terpandro —an immortal musician—added two strings to his lyre and the scale was increased with the 6th and the 7th sounds. The sounds of this scale are known in our day by the names C D E F G A B. This is the historic origin of the Diatonic Scale. In Rome, during the XI century, the 8th sound was added and named B Flat.

Johan Sebastian Bach began to use the “Tempered System” in 1722 with his masterpiece “The well tempered clavier”. This advanced the scale from 8 to 12 sounds, and it was the starting point for the use of the “Chromatic Scale”.

In 1895, Julián Carrillo, from Mexico, divided the whole tone interval in Sixteen parts and conquered the 13th sound;a conquest that led him to enrich the musical scale from twelve sounds up to 96. During the XX century his studies allowed him to open the doors to the infinite in intervals, sounds and evidently in scales and chords. Carrillo made basic rectifications to the classic musical system, he created a new writing method, he formulated the Music’s Logic Theory, and he wrote compositions for thirds, quarters, eighths and sixteenths of tone.

Carrillo’s ideals were: to simplify, to purify and to enrich the music.

Together with those ideals and the teachings and the knowledge of Julián Carrillo, Oscar Vargas Leal and David Espejo Avilés realize with a new scale of 400 harmonics the compositions “Chrome metrophony no. 1” and “1973 Comet. It was necessary, to do so, to built new instruments “harmonic harps” to tune them, to write the music and to play it.

Understanding that it had to pass almost 5000 years for humanity before reaching a scale of only twelve sounds, obvious is the importance of using one scale of 400 sounds which follows the order of the scale of the harmonics: all intervals are different, from major to minor ones and with no re lations with the classic tones or semitones.

Purification and musical enrichment that will produce to the hearers new sensations and emotions. 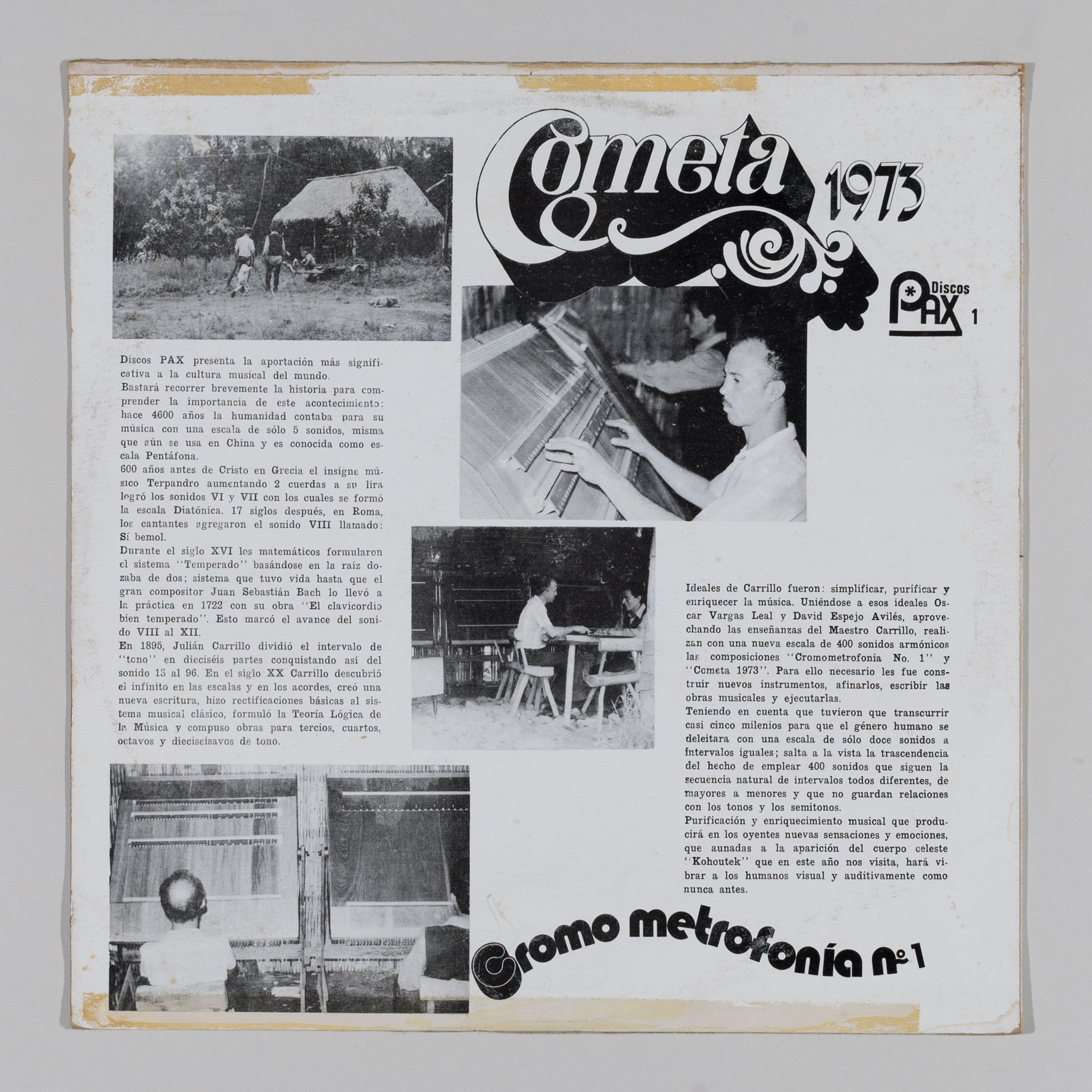 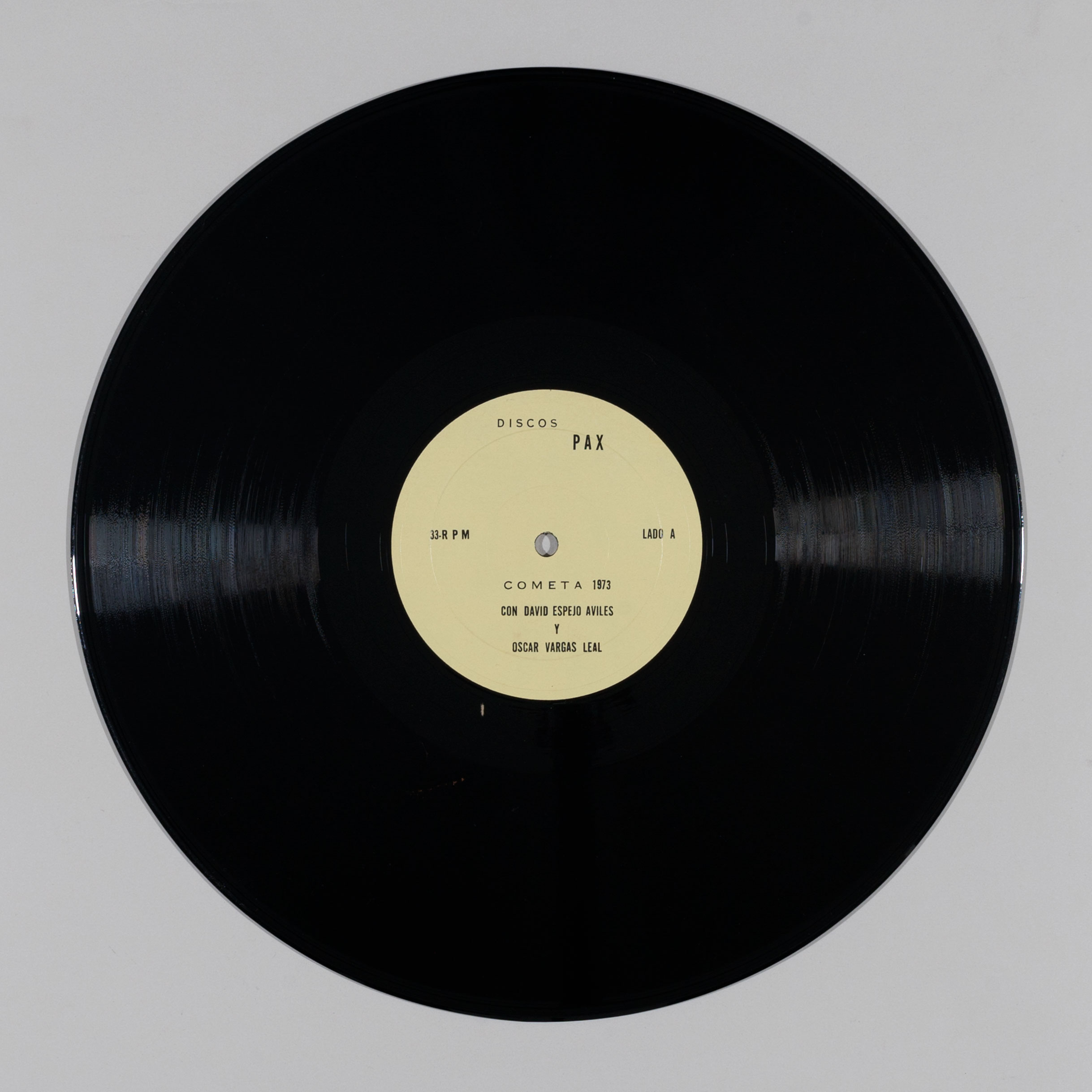 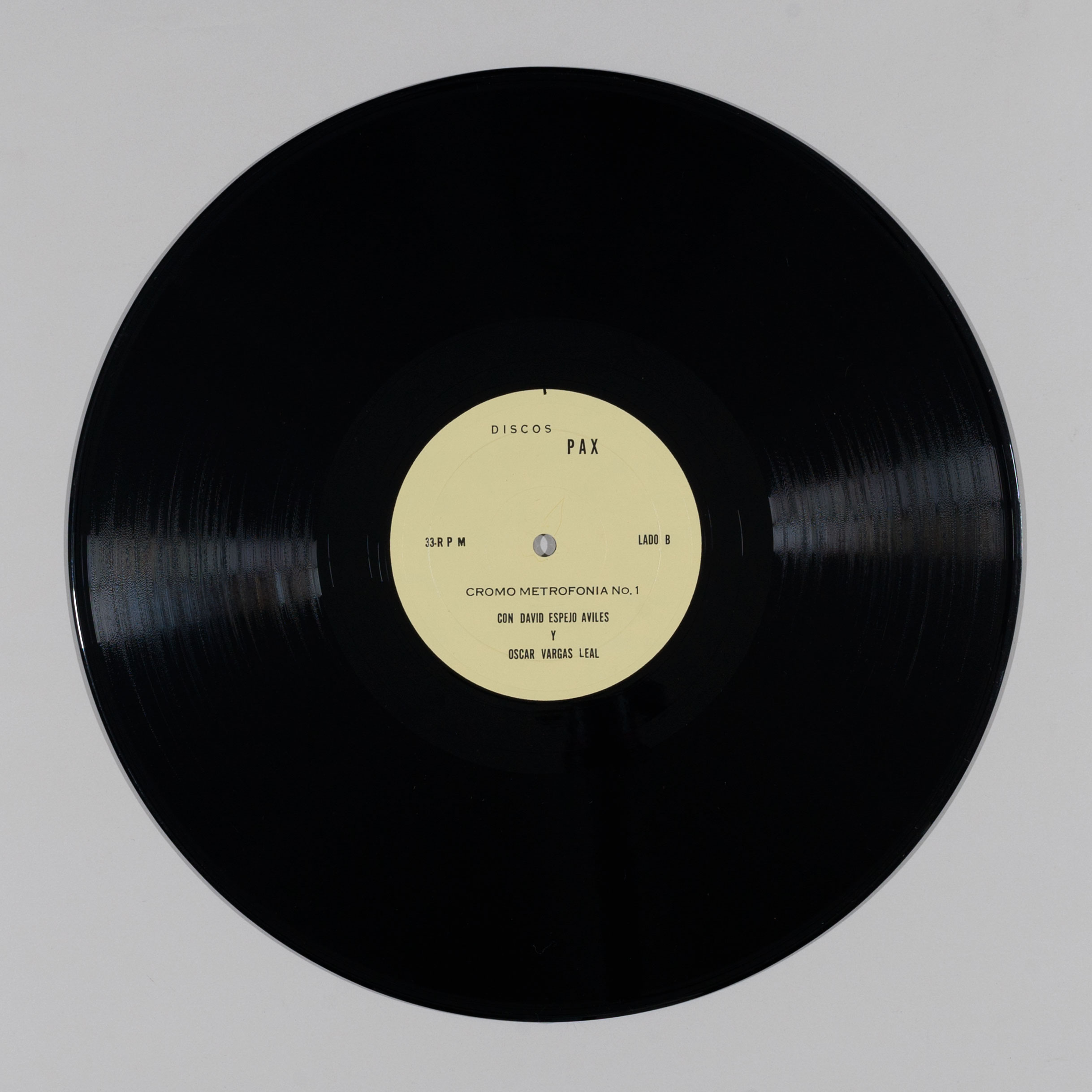